We take the No. 86/826 bus to Musberg from the stop "Postamt Waldenbuch" in Waldenbuch, getting off at the stop "Musberg Kirche" after about 28 minutes. It's better to tell the bus driver in advance where we want to get off, to make sure the bus stops. After leaving the bus we continue along the opposite side of the road in the same direction, half-left down Böblinger Straße. We turn left at Haldenbrunnenweg and continue down to Mühlenweg, turning left again.

Siebenmühlental ("Seven Mill Valley"): The name is somewhat misleading, as originally there were more than 7 mills along the Reichenbach stream. One explanation might be that a document from the year 1383 states that there are 7 mills "im Richenbach". Today 11 mills are still in existence, most of which have other functions (e.g. farms, boarding stables or guest houses); only a few are still proper mills. The Reichenbach meanders its way through the valley. In former times it must have carried a lot of water, considering the many meal, corn and fulling mills it powered. The miller's trade was a highly respected one. Millers and their families led solitary lives, settling along the streams outside the townships. Farmers were dependent on them, as their grain only gained in value through milling. In the 14th century the lords of the valley were actually the Counts of Württemberg, but there were also the land owners, in this case, for many years, Bebenhausen Monastery. The dues imposed by the monastery were extremely high: sometimes they totalled between a quarter and a third of the proceeds! Compared with them, the Counts of Württemberg were relatively modest in their demands. They were content with 2 hens, 10 eggs and two cheeses per year (according to the urbarium (rent records) of 1383).

Millers also enjoyed privileges: in return for their dues in the year 1451, for example, they were allowed to cut wood in Schönbuch, carpenter, fire and fence with it, taking as much as they deemed necessary from wherever they wanted. They were also permitted to quarry stone and dig sand, as long as it did not damage the forest. These privileges were progressively curtailed over the course of time, until in 1820 the state gave each miller a piece of land of 14 – 16 Morgen (approx. 14 – 16 acres) in lieu of these forest rights.

The "Upper Mill" is one of the oldest mills, dating from the year 1350. Today it is used as riding stables and a ski lift station. Continuing our hike, the next mill we come to, directly on the path, is the

The "Donkey Mill" was built in 1451 and is still in operation as a grain mill in the present day. We can take a look at the large mill wheel, concealed behind a little, old door in the right-hand corner. The light switch is at the top right of the door frame. Opposite the mill there's also a geological collection. You'll also find a wood oven bakery and a shop selling organic produce. On the 1st floor there's a café. We resume our hike, pass under the railway viaduct with its 5 arches (on top, where the railway line used to be, there is now the Federal Hiking Trail from Musberg to Waldenbuch), and find on the opposite side of the road the footpath to the

Built in 1350, the Mäulesmühle is also one the oldest in the valley, but no longer in operation. The attractive, half-timbered building dating from 1819 now contains a restaurant on the first floor and below it a little mill musem. This is worth visiting if it happens to be open. The right-hand building is home to the "Komede-Scheuer in der Mäulesmühle", a theatre known for miles around for its performances in Swabian dialect. We go between the buildings, past a barbeque and children's play area, over a little bridge and along the dirt cycle track/footpath to the left of the road. We soon come to the Seebrückenmühle, which we reach through the car park on the opposite side of the road.

Built in 1556, the mill was completely destroyed by a fire bomb in 1944. After reconstruction it became a restaurant. It also houses the "Weisse Scheuer" ("White Barn") gallery belonging to the sculptor and painter Hans Hahn-Seebruck. From the left corner of the car park an asphalt path leads along the edge of the forest. The hiking sign with the red cross now guides us through the whole valley. The next mill we reach is the

First documented in 1451 as a grain mill, this is now a Bioland organic farm and not open to the public. The path continues down the valley along the edge of the forest, until two ponds can be seen on the right, with a path leading downwards. It ends at the

This was first documented in 1451 and stands directly on Schweizer Straße (the former post road which linked Stuttgart to Basle via Tübingen). It was granted a liquor license in 1912 and grain was still ground here up until 1925. In 1945 it suffered severe damage and was later rebuilt as a restaurant. The millstones can still be seen at the wall of the house. We go around the building, over the stone bridge and immediately turn left to follow the red cross hiking sign downstream, along the right bank. This path runs parallel to the cycle/footpath some way above us (in damp weather it's advisable to use the asphalt road). Soon we can see the

Built in 1707 on the previous site of the Hagdornsmühle, its mill wheel continued to turn until 1930; today it's a horse-riding centre. Along the following stretch of path you can see at intervals old boundary stones, which are worth taking a look at. On the reverse of one of them the year 1749 is still visible. The path ends at a junction. We turn right, cross the cycle/footpath and continue to the left, following the forest path, which is some 3 metres higher than the cycle/footpath.

We see trees below us and the half-timbered Kochenmühle, to which the hiking sign of the red dot/red cross also leads us downwards.

Built in 1451, this was in operation up to 1931. Today it is a horse-riding centre and not open to the public. We continue in a right-hand curve through the grounds along the road to reach the

Built in 1709, this continued to operate as a grain mill until around 1975. The surfaced road takes us directly into the grounds of a sawmill, where the next mill stands on the left at the edge of the forest.

First documented in 1417 as a grain mill. Converted to a sawmill in 1907, it still saws timber in the present day. We walk through it and arrive at a surfaced road, turning right along it. The half-timbered building on the left side of the road is the former

The youngest mill in the valley, built as a sawmill in 1825. There also used to be a hemp beater (ropemaker) and an open-air swimming pool here. The sawmill is still in operation today. Its electric power is generated by a Kaplan turbine driven by the water of the Reichenbach. The Burkhardtsmühle also has a Greek restaurant – an inviting place for a break. We now leave the Reichenbach Valley and enter the Aich Valley, if we stay on the hiking trail, which takes us in a wide, right-hand curve to the other side of the Aich Valley and past the

This was already in operation as an oil mill in 1648, and a grain mill was added in 1699 by Matthäus Bach. Following extensive conversion, it is today used as boarding stables. We pass the district of Glashütte and the

Built as a sawmill in 1864 by a carpenter called Eberwein, this is today a private home and concealed by other buildings. Via Bahnhofstraße and Neuer Weg we come to the

This was build as a grinding mill in 1785 by the miller Rudolf Haab and is still in operation. It also has a mill shop. It generates its own electricity by means of a turbine in the mill channel. We go round the left of the house into the street called Unter der Mauer and then left past the old bakehouse, to arrive back at our point of departure.

This hike was devised by Walter Nogger (a guide with the Schwäbischer Albverein e.V., Waldenbuch branch. 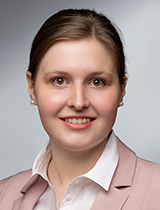 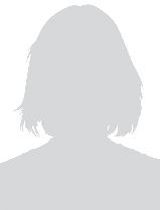